The Salem Police Department will be offering a Citizens' Police Academy starting on September 18, 2019 and will run for a ten (10) week period. The goal of the Citizens' Police Academy is to offer insight into the Department as an organization, discuss current case law that affects policing today, and to give a general understanding of the day to day duties of a Salem police officer.

This ten week course will cover topics such as patrol, firearms, search & seizure, crime scene, modern day police technology, use of force and other areas of interest. Topics will be taught by patrolmen and superior officers with particular expertise in the subject matter. Additionally, the Salem Citizens' Police Academy will also host a "ride along" to participants who attend at least eight of the ten class sessions. This ride along allows students to "patrol" with officers during their regular tour of duty. Students will also be given an opportunity to utilize the department's firing range under the supervision of a police firearms instructor.

The Citizens' Police Academy will be held at the Salem police station on Wednesday evenings from 7 p.m. — 10 p.m. There is no fee for attending the Citizens' Police Academy and it is open to any Salem resident who is eighteen years of age or older. Class size is limited 30 students. Applications are available at the Salem Police Department or online at www.salempd.net. In order to be considered for the class beginning on September 18, 2019 completed applications must be submitted no later than September 10, 2019.


Click Here For The Application
Posted by no at 10:34 PM 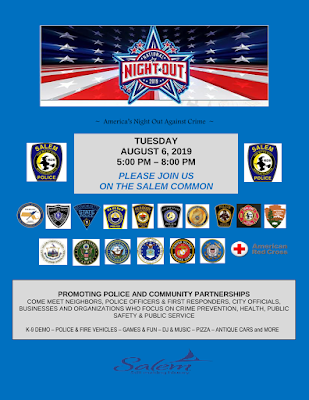 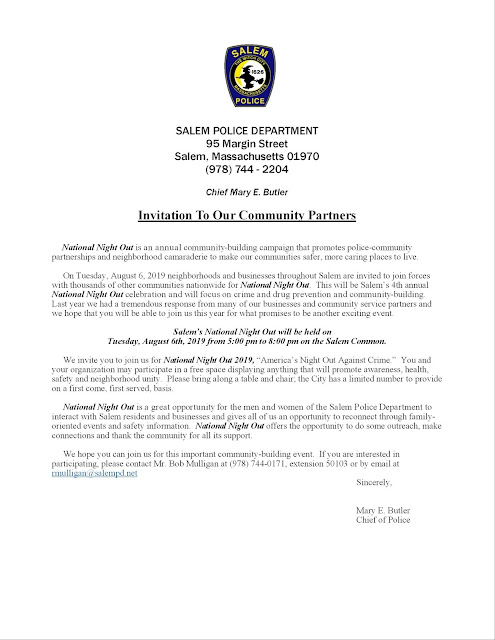 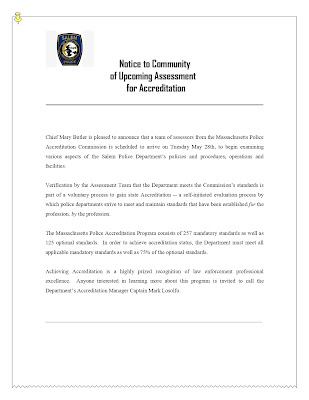 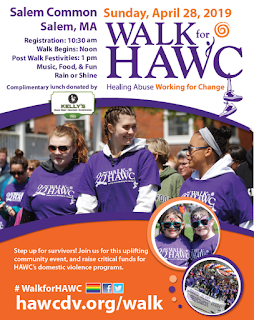 Prepare for the Upcoming Winter Storm

We're anticipating a winter storm this weekend. Plan ahead and prepare yourself!
❄️ Remember when a Snow Emergency is declared all vehicles must be off city streets. Have a plan where to move your vehicle. We strongly recommend having a back up plan as well in case the lot your planning to use is full.
❄️ Check out www.salem.com/snow for a complete listing of information you'll need to know
❄️ Program the following numbers into your phone:
🚨 All Emergencies (Police, Fire, Ambulance): 911
➡️ Salem Police Non-emergency: 978-744-1212
➡️ Salem Fire Non-emergency: 978-744-1235
➡️ Salem DPW: 978-744-3302 (leave a message, they are checked regularly during storms)
➡️ National Grid Electric: 7-800-322-3223
Posted by no at 3:21 PM

Want to make a difference? Take the 2019 Police Officer Exam!

Want to make a difference? Serve your community? Interested in becoming a police officer?

Applications to take the Civil Service examination to become a municipal police officer are due by February 5th. Apply online at mass.gov/CivilService 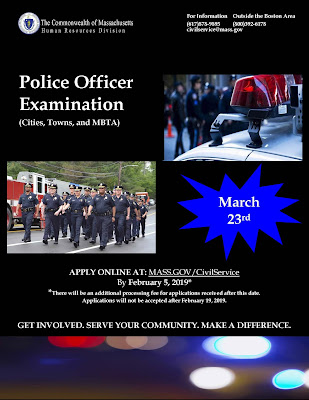